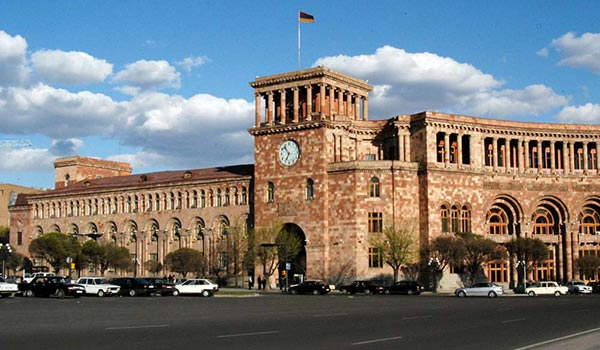 The head of one of the largest Russian media holdings, Aram Gabrelyanov, published a stunning recording on his Telegram channel, which confirms the essence of Armenia as a terrorist state.

In this recording, Gabrelyanov revealed new facts about the war crime committed by the Chief of the General Staff of Armenia Onik Gasparyan.

Aram Gabrelyanov wrote that in Moscow, about a month ago, he had a difficult, long conversation with Gasparyan.

“On the third day of the Second Karabakh War, as chief of staff of the army, I decided to use Iskandar ballistic missile at two strategic targets: the Baku-Tbilisi-Ceyhan oil pipeline, and one more. Armenian Prime Minister Nikol Pashinyan categorically forbade, despite the fact that Russia made it clear that it’s your business and your war. Three days before the fall of Shusha city, I asked Pashinyan for permission to strike with two Isgandars on a huge accumulation of manpower of the Azerbaijani Armed Forces right at the foot of Shusha. Pashinyan categorically forbade, saying that the international community would curse us if we kill several thousand soldiers of Azerbaijan all at once. The only time I was allowed to use the Iskandar was in the city of Shusha. I applied it. We took advantage of this and managed to bring several tanks into the city. Two days later, an order came to me – to leave Shusha and retreat,” the publication said.

Previously, in an interview with Armenian media, Pashinyan admitted: “Armenia used the Iskandar operational-tactical missile system during the war with Azerbaijan, but the missile did not explode.”

Pashinyan also noted that Russian missiles are not suitable for use and that they do not fully explode.

“Let him ask the question why the Iskandar missile did not explode? Or why it exploded by 10 percent, for example?” Pashinyan asked.