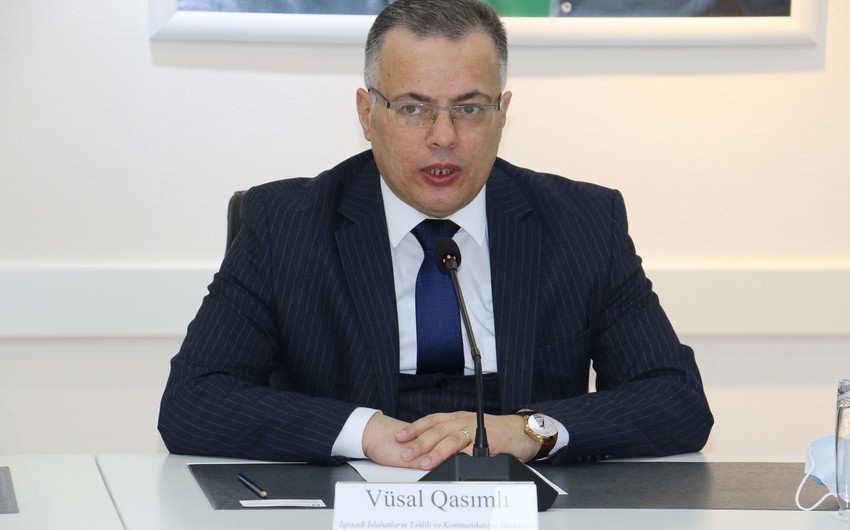 Just like it was predicted, according to the indicators for the first five months of this year, economic growth has recovered in Azerbaijan, albeit insignificantly, Executive Director of the Center for Economic Reforms Analysis and Communication of Azerbaijan (CAERC) Vusal Gasimli said, Report informs.

He said that in January-May this year, GDP grew by 0.8 percent. However, under the influence of the COVID-19 pandemic, a regression began in the Azerbaijani economy in May 2020, and its growth recovered precisely a year later. Despite the lag in the hydrocarbon sector, the non-oil sector grew by 4.5 percent in the first five months of the year.

Gasimli noted that the non-oil and gas industry, which played the central role in the growth, increased by 16.2 percent in January-May this year: “For several years now, the non-oil sector has turned into a driver, having the most significant share in the overall economic growth. GDP has grown from 14.4 percent in the past five years to 17.9 percent. The development of the manufacturing and mining industry in Karabakh will accelerate the overall industrialization.

During the five months of this year, there was an increase in the agricultural sector – in crop and livestock production. In addition, information and communications services and retail trade have grown. However, in several service areas, including catering, transport, and construction, it has not yet been possible to restore economic growth. The main thing is that non-oil exports grew by 27 percent in four months of the year.”

Gasimli said that, according to the World Bank’s forecast, economic growth will be 1.9 percent this year in Azerbaijan, next year – 4.5 percent: “The International Monetary Fund forecasts 2.3 percent growth this year, and 1.7 percent economic growth next year.”