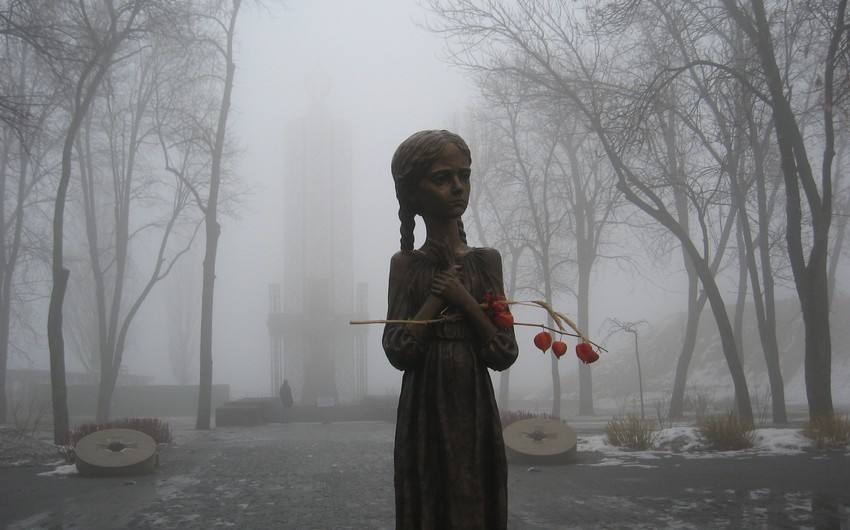 Every year, on the last Saturday of November, in Ukraine, and in every corner of the Earth where Ukrainians live, a candle is lit in memory of the Holodomor victims of 1932-1933. This is how the memory is honored of millions of Ukrainians who starved to death of artificially created famine by the Soviet communist regime. For almost every Ukrainian family, it is the most tragic event in Ukraine’s modern history, an event that resulted from the struggle for dignity and the right to live in a free country.

The word “Holodomor” means mass murder by starvation, from which there was no escape. By this word, Ukrainians call the National Catastrophe of 1932 – 1933, which was in its essence a genocide of Ukrainian people. For this reason, the terrible history of the Holodomor should be known not only in Ukraine but throughout the entire world. Without the perception of this tragedy, it is impossible to understand the nature of totalitarianism and the crimes committed by the Soviet regime.

Read more:   Mueller report does not have proof of Trump crimes: Justice Department

The Soviet government’s goal of that period was simple – to suppress anti-Soviet sentiments among Ukrainian peasantry and destroy every hope of Ukrainian people for freedom. For reprisals against Ukraine, the Bolsheviks chose the most terrible method – hunger.

The first stage of the crime was the complete confiscation of all alimentation from the Ukrainian village. For this purpose, special units were created, which took away everything edible from millions of people, dooming them to mass starvation. People began to leave the famine-stricken territories. Then the second stage was initiated – the isolation of the hungry. For this, a “blackboard” regime was introduced that prohibited hunger strikers from leaving Ukraine. Collective farms and villages, listed on the “blackboards”, were surrounded by armed units of militia and Soviet special services, taking away all food supplies. Trade and import of any goods were banned. It was a death sentence for the inhabitants. In 1933, the Soviet regime initiated the third stage of the extermination of people. In February 1933, to ensure the spring sowing campaign, aid began to flow to the Ukrainian regions; yet, it was addressed exclusively to local party leaders and activists. All others were deprived of this assistance. The conditions created for Ukrainians by the totalitarian system were simply incompatible with life.

However, the greatest horror of the Holodomor was the too high death rate among children. They were the first who were dying in terrible agony. In numerous cases, the parents unwilling to see their child dying were taking him to the nearest city with an aim to abandon him – in institutions, hospitals, at train stations, or simply on the street. On the other hand, children were escaping from shelters and surviving on the street by begging and stealing. The newborn babies struggled the worst since their mothers very often had no milk for breastfeeding.

The dreadful circumstances of this crime and the policy of concealing its consequences both in the USSR and in modern Russia make it impossible to establish the exact number of innocent people murdered by starvation in 1932-1933. Ukrainian researchers claim that more than 7 million Ukrainians, including at least 3 million children, have become victims of this rigorous crime against humanity, which has no period of limitations. The consequence of the genocide, in addition to the physical murder of millions of people, was the destruction of the traditional Ukrainian way of life. The famine became a weapon of mass biological destruction of Ukrainians, and for many decades it violated the genetic fund of the nation, destroyed many families due to death, deportation, and migration in search of food.

Notwithstanding that, the Holodomor of 1932-33 failed to conquer the Ukrainians. Resistance to the communist regime continued in the following decades. It resonated in the outcomes of the All-Ukrainian referendum of 1991, in which more than 90% of Ukrainians supported the independence of their Homeland.