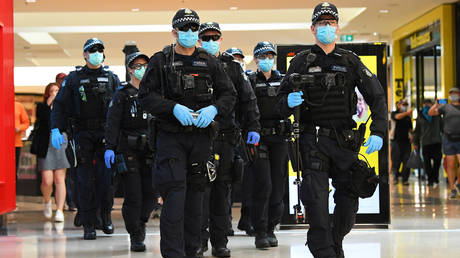 Jenny Mikakos, the health minister of Victoria, Australia, has stepped down after the state’s premier claimed she mismanaged a hotel quarantine scheme. Victoria has seen nearly five months of strict Covid-19 measures.

Her resignation comes a day after Premier Daniel Andrews told an inquiry that he “regarded her accountable” for the decision to use private security guards, instead of police or military personnel, at hotels that had been converted into quarantine centers. Lax security at the facilities has been blamed for the state’s alleged ‘second wave’ of coronavirus cases. (RT)

Azerbaijan’s artillery units strike the firing points of the Armenian Armed Forces, according to the…

The friendship and brotherhood of Azerbaijan and Turkey are unshakable and eternal, said Speaker of…

President of Paraguayan Senate: The perpetrators of Ganja terror should be punished

“Armenia’s brutal attacks on Ganja are a terrible crime against humanity,” Report quotes the President…

On October 19 and on the night of October 20, the combat operations against the…

“It is not our fault that the situation is still in the hot phase. I…

Ilham Aliyev: Armenia shows disrespect for mediators and its commitments

“We remain true to the commitments within the framework of connections with our partners. From…