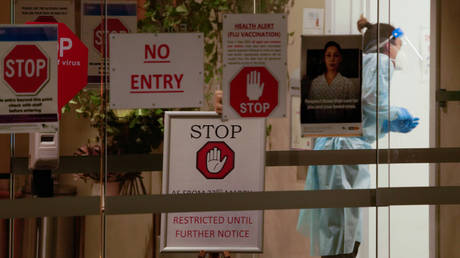 Contrary to promises, Melbourne, which lives under some of the toughest and longest coronavirus restrictions, will not get a reprieve on Monday, Victoria state head has announced, leaving critics fuming.

Metropolitan Melbourne was supposed to see some of its lockdown restrictions lifted starting next week. The Australian city has seen its rolling two-week average Covid-19 infections drop below five, prompting the government to indicate that the situation was good enough to ease some restrictions. But despite the high hopes, Premier Daniel Andrews said during his Covid-19 update on Sunday that it would not happen.

Andrews announced that a “cautious pause” was necessary for a couple more days to process over 1,000 Covid-19 tests from an outbreak in northern Melbourne and that a rollback should not be expected until Tuesday at the earliest.

“Put simply: this is a couple of extra days that might put us weeks ahead of this virus. To not only get on top of this outbreak – but to stamp it out,” the premier said. He added it was not “a step back” and that it was necessary not to let “everything Victorians have sacrificed, everything we’ve given up, simply slip away.”

The delay was criticized by opposition politicians, business owners unhappy about the economic toll that the lockdown takes, and Victorians, who were looking forward to hearing good news from Andrews. (RT)