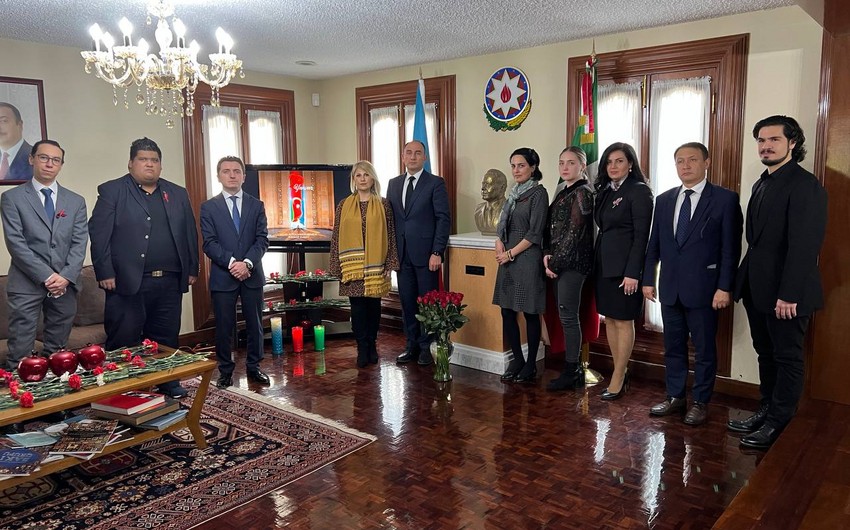 A commemoration ceremony was held at the Azerbaijani Embassy in Mexico on the 32nd anniversary of the January 20 tragedy, Report informs.

According to the Embassy, first, the victims of the tragedy were commemorated with a minute of silence at the event attended by the Azerbaijanis living in Mexico, Mexican friends of Azerbaijan and member of Mexican Congress, MP Navor Rojas.

Later on, Ambassador Mammad Talibov spoke about the struggle of the Azerbaijani people for freedom, the January 20 massacre and the fact that this tragedy is one of the most painful and glorious pages in the history of Azerbaijan.

According to him, despite the difficult conditions at that time, the national leader Heydar Aliyev was the first statesman who strongly condemned this crime and demanded a political assessment of the massacre and punishment of the perpetrators: “The Azerbaijani Parliament assessed this crime as a military aggression in the session held in February 1994.”

Then Talibov said that the brave Azerbaijani Army under the leadership of Victorious Supreme Commander-in-Chief ensured the territorial integrity of our country as a result of the 44-day Patriotic War, and the memory of all our martyrs who died for Azerbaijan’s independence, sovereignty and territorial integrity will live forever.
MP Navor Roxas expressed his sincere condolences to the people of Azerbaijan.

During the ceremony, the participants were shown a chronicle of the January 20 tragedy and a video reflecting the unshakable struggle of our people for freedom.