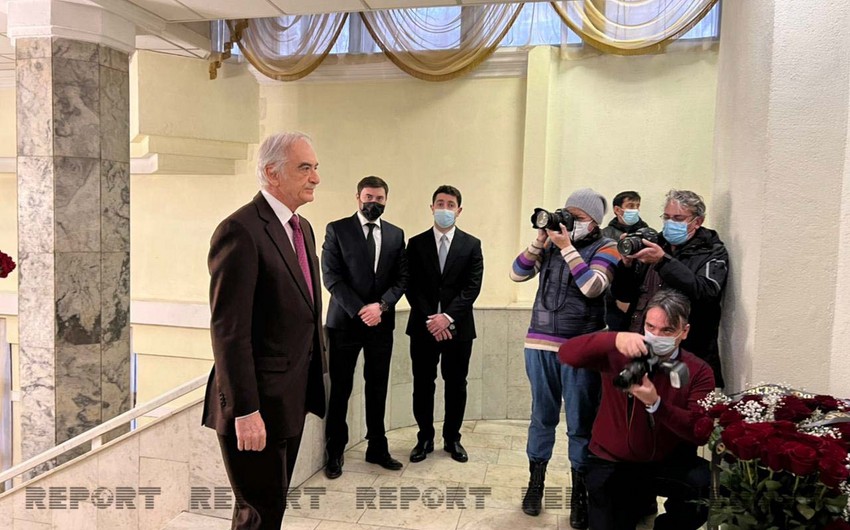 The traditional flower-laying ceremony took place outside the Azerbaijani Embassy to Moscow in memory of those who died in the tragic events in Baku on January 20, 1990.

Report’s Russian bureau said a stand in memory of the heroes of January 20 had been set outside the Embassy. People come here to put flowers and honor the memory of the innocent victims of the tragedy.