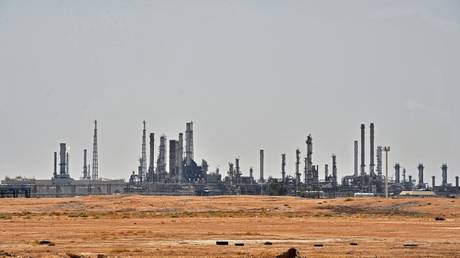 While Saudi Arabia is holding off on assigning blame for the attack on its oil facilities, the US media are pointing the finger at Iran, citing anonymous government officials allegedly familiar with the ongoing investigation.

US and Saudi investigators have determined “with very high probability” that Saturday’s strike was launched from an Iranian base close to the border with Iraq, CNN reported, based on these anonymous sources.

Both drones and cruise missiles were used to attack the refinery at Abqaiq and the Khurais oil field, flying over southern Iraq and Kuwait to avoid Saudi air defenses, according to CNN’s source. This information was also quoted by AFP, but it was unclear whether their source was the same official or a different one.

CBS News quoted a “senior US official” who said the Saudi air defenses did not stop the drones and missiles because they were pointed south, to detect and prevent attacks from Yemen.

Also on rt.com Oil supply is back to what it was before the attack, but we don’t know yet who is responsible – Saudi energy minister

The attack caused widespread damage to Aramco’s oil facilities and crippled Saudi Arabia’s oil output. Most of the production has been restored and things ought to be back to normal by the end of September, the Kingdom’s officials said on Tuesday.

While Washington immediately blamed Iran for the attack, the Saudi authorities have been more circumspect, with Energy Minister Prince Abdulaziz bin Salman saying they “don’t know” who was behind it just yet. (RT)