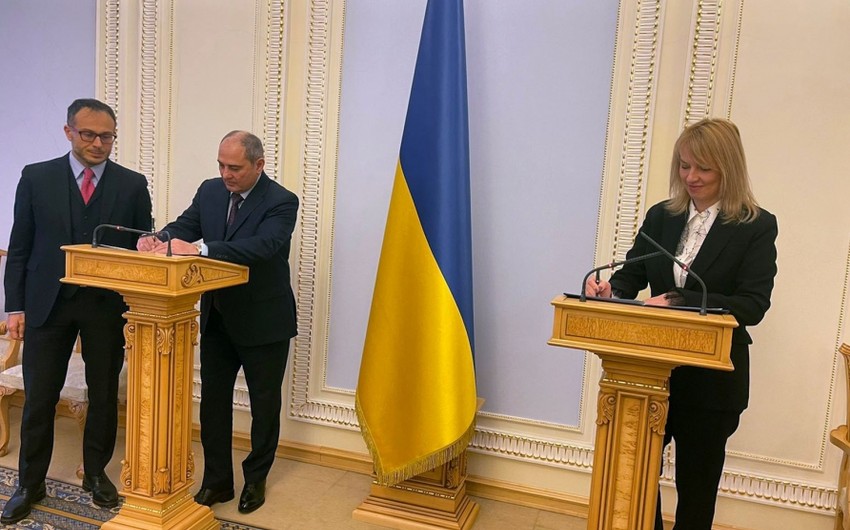 A delegation headed by the deputy chairman of the New Azerbaijan Party (NAP) – head of the central office Tahir Budagov, who is on a visit to Kyiv, met with Speaker of the Verkhovna Rada of Ukraine Ruslan Stefanchuk, Report informs, citing the NAP.

Expressing gratitude for the warm welcome, the deputy chairman of the NAP – head of the central office Tahir Budagov said that warm friendly relations have historically existed between the two countries.

Having conveyed to the opposite side the greetings of the chairman of the New Azerbaijan Party, President Ilham Aliyev, Tahir Budagov said that the president treats Ukraine very warmly.