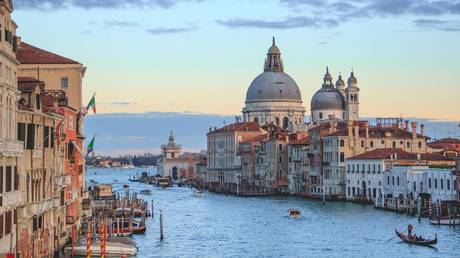 The lagoon city has avoided being placed on the United Nations Educational Scientific and Cultural Organization’s (UNESCO) list of endangered sites, after the Italian government banned the docking of cruise ships in its waters.

Following a debate on the issue at a World Heritage Committee meeting, Venice will not now be named a UNESCO endangered heritage site, with Italy’s culture minister praising the government’s last-minute efforts to avert the ‘danger list’ status.

“Thanks to the government’s decision to stop big ships passing in front of St. Mark’s and down the Giudecca Canal, we have achieved a first, important result,” Dario Franceschini said, following the committee’s decision.

Italy gave Venice’s waterways ‘national monument’ status and banned cruise liners from sailing into the city on July 13, with the law set to come into effect from August 1. (RT)