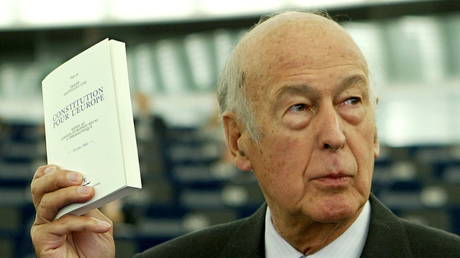 Valéry Marie René Georges Giscard d’Estaing, who served as president of France from 1974 to 1981, passed away from what his family said were effects of the novel coronavirus, having been hospitalized for breathing difficulties.

Also known as Giscard and VGE, d’Estaing was the third president of the French Fifth Republic, succeeding the popular Georges Pompidou as the leader of the Gaullist conservatives. He narrowly lost re-election to socialist Francois Miterrand, after a challenge from the right by future president Jacques Chirac.

VGE was hospitalized in September with a lung infection, and then again in mid-November, but was discharged after just five days. French media reported the cause of his death as Covid-19, citing his family. (RT)