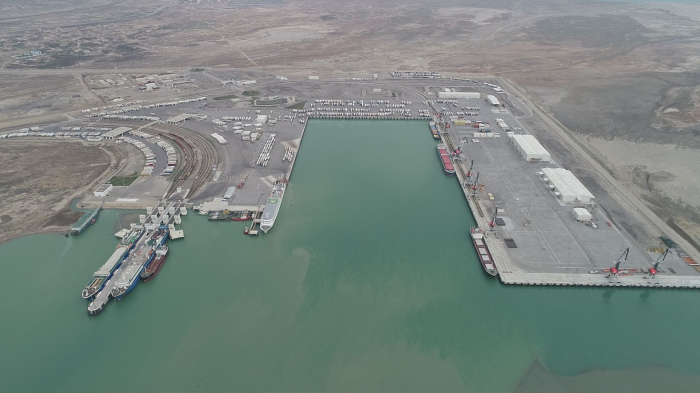 Kondakova noted that Azerbaijan and Uzbekistan already cooperate in the field of logistics as there are both railway and road transport corridors linking the countries.

“Unfortunately, at the moment we see a slight decrease in cargo turnover, which, however, is lower than our initial forecast. In fact, we faced an up to 15-percent decrease in the southern direction. Basically, the increase in the cost of logistics services contributed to the decline in volumes,” she said.

Commenting on the issue of transportation of goods through the territory of Azerbaijan and Uzbekistan with subsequent delivery to China, Kondakova noted that with the possible accession of Kyrgyzstan to the route would held significantly reduce the cargo delivery time, by 20-25 percent.

Read more:   Japan to allocate $16B to support population in pandemic

“Negotiations are underway in this regard and there are already agreements reached between Uzbekistan and Kyrgyzstan on the development of this route. If the project is implemented, the necessary infrastructure will have to be built by the Kyrgyz side, since Azerbaijan and Uzbekistan already have theirs built,” she said.

Commenting on the issue of cooperation with Azerbaijan, Kondakova noted that at the moment, unfortunately, the company does not have major agreements with Azerbaijani companies.

“However, we will soon start looking deeper into this. We also plan to discuss cooperation with the ports of Azerbaijan in order to be able to offer transmodal transportation services to our customers. Perhaps someone will see this as a logistical benefit, in particular for access to Europe,” she concluded.

Founded in 2014, Orient Logistics provides a range of warehousing and terminal handling services (dry port) by incoming road and rail. The capacity of the Company’s terminals is 330,000 TEU per year.

Read more:   No fans from abroad? Tokyo Games organizers could find it 'impossible' to allow international supporters in to the 2021 Olympics

The Orient Group of companies is one of the largest private investors in Uzbekistan. The group unites many enterprises and projects in various sectors of the economy: it is a leader in the development, logistics, and textile industries.