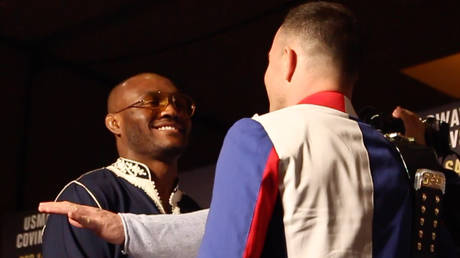 The final obligation for the stars of UFC 245 is the official early-morning weigh-ins in Las Vegas, as the fighters take to the scale to make weight for their respective bouts. Watch the weigh-ins live with RT Sport here.

But before they throw down inside the octagon, the fighters will face their final fight before the fight, as they step on the scale to make weight for their respective matchups.

Watch the fighters take to the scale ahead of this weekend’s fights via our live stream above.