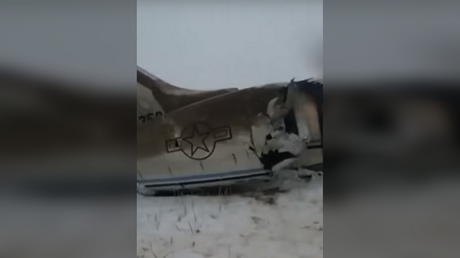 Still from a video that that appears to show the wreckage of the USAF plane in central Afghanistan. ©  Twitter / @TGhazniwal

Journalists have made it to the scene of a plane crash in Afghanistan, snapping pictures of the wreckage and even some documents. It comes as the US Air Force’s chief of staff all but confirmed the loss of the military plane.

“It appears we have lost an aircraft. We don’t know the status of the crew,” Gen. David Goldfein, the Air Force’s chief of staff, told reporters at a Monday meeting in Washington. This is the closest to a confirmation from the US military so far, and the Pentagon earlier declined to comment. (RT)