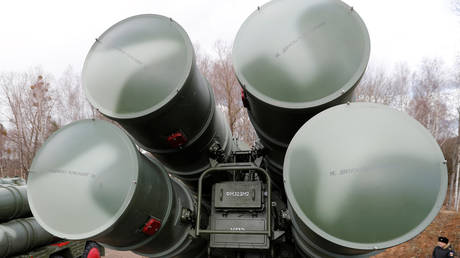 The US will ‘sooner or later’ have to reconcile the reality and understand that Turkey’s purchase of Russian S-400 systems is a done deal, President Tayyip Erdogan stressed, noting that the current agreement is just the beginning.

“We’re done with the S-400. There is absolutely no question of stepping back on the S-400. It is a defense system, not an attack system,” Erdogan said on Saturday during the televised question and answer session with university students in Istanbul, stressing that first deliveries of the Russian anti-aircraft weapon system are expected in July.

Explaining that Russian military hardware is offered on “very favorable terms” and with no strings attached, Erdogan stressed that Ankara is also potentially seeking to acquire the next generation S-500 systems – or even engage in co-production partnership, once Russia completes the development of its newest mobile surface-to-air missile system. (RT)