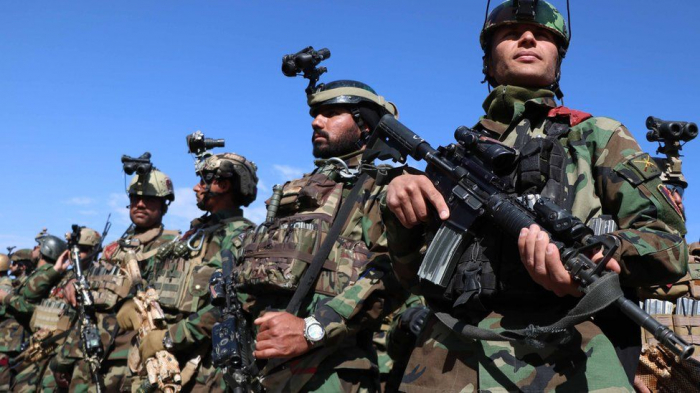 The Taliban could make rapid military gains across Afghanistan when American and Nato troops pull out, US Secretary of State Anthony Blinken has warned.

Under a deal between the Taliban and the previous Trump administration, all remaining US forces are due to leave the country by the end of next month.

But in a letter to Afghan President Ashraf Ghani, Mr Blinken has warned of a possible new “spring offensive”.

US soldiers invaded Afghanistan in 2001 to remove the Taliban from power.

The American military operation was in response to the 9/11 terrorist attacks.

In January, the Biden administration said it would review the peace agreement made with the Taliban during Donald Trump’s presidency.

Under the deal, the remaining 10,000 US-led Nato forces in the country are due to pull out by 1 May in exchange for Taliban security guarantees.

The White House has now said that it wants to make sure the Afghan militant group is “living up to its commitments”, including reducing violence and cutting ties with terrorists, before withdrawing.

Levels of violence in the country remain high – with journalists, activists, politicians and women judges among those killed in targeted assassinations.

In Mr Blinken’s letter, obtained by the BBC on Sunday, the US secretary of state calls for a 90-day reduction in violence in Afghanistan and a new international peace effort – overseen by the UN – to help reach a “permanent and comprehensive ceasefire”.

This, he warns, is urgently needed to prevent the security situation from deteriorating further.

The UN will be asked to convene a meeting of foreign ministers and envoys of regional powers, the letter says, adding that Turkey would be the venue for a high-level meeting between the Taliban and the Afghan government.

Mr Blinken is stepping up pressure on President Ghani and the Taliban as the US looks to avoid the spectre of a chaotic civil war – even the collapse of the Afghan capital, Kabul – in the wake of its pull-out, our correspondent adds.

As peace talks between the Afghan government and the Taliban remain stalled, President Ghani on Saturday urged the militant group to renounce violence and to consider holding fresh negotiations.

The Trump administration made withdrawing troops from Afghanistan a priority.

The deal signed in February 2020 said that the US and its Nato allies would withdraw all troops in 14 months if the Taliban upheld its promises, including not allowing al-Qaeda or other militants to operate in areas it controlled, and proceeding with national peace talks.

Although the Taliban, a hard-line Islamic movement, stopped attacks on international forces as part of the historic agreement, it has continued to fight the Afghan government.

As a condition of starting negotiations with the Afghan government, the Taliban also demanded that thousands of their men be released in a prisoner swap.

Direct talks then began Doha in September 2020, but a breakthrough has still not been reached.