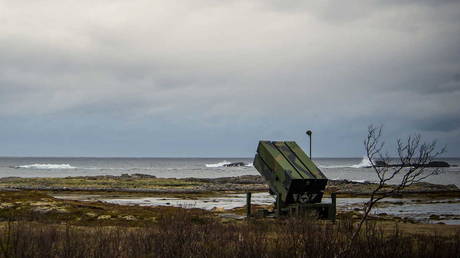 “There are NASAMS deployed across the Middle East, and some of our NATO allies and we [the US] are actually working with a couple of Middle Eastern countries that currently employ NASAMS and trying to direct those back up to Ukraine,” Hayes told Politico magazine on Thursday, adding that redeploying existing weapons would be faster than manufacturing new ones.

“Just because it takes 24 months to build, it doesn’t mean it’s going to take 24 months to get [to the] country,” he said. He added that the goal is to send NASAMS to Ukraine in the next three to six months, with the US backfilling for the weapon in the Middle East over the next two years. 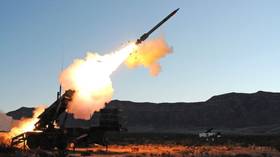 US considering Patriot missiles for Ukraine

According to Hayes, it takes that long to build NASAMS because the company has to buy electronic components and rocket engines. The White House would have to sign off on the transfer of the weapons to Ukraine from third countries, Politico said. The Pentagon did not comment on Hayes’ remarks.

The Raytheon boss was speaking after the Pentagon awarded the company a $1.2 billion contract for six NASAMS for Kiev on Wednesday. Ukraine received the first two systems last month, according to Defense Minister Aleksey Reznikov.

Moscow, meanwhile, has been warning that supplying Kiev with Western arms will only exacerbate the conflict. Foreign Minister Sergey Lavrov said Russian forces have been hitting Ukraine’s energy infrastructure in order to degrade the ability to “flood Ukraine with lethal weapons that are used to kill Russians.” (RT)