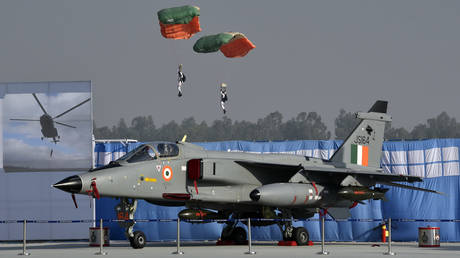 US President Joe Biden’s administration intends to woo India into slowing down its defense cooperation with Russia by offering New Delhi a military assistance package that could be worth as much as $500 million, Bloomberg reported on Tuesday, citing anonymous sources.

Russia has long been a major provider of arms to India, especially the more complex weapons systems like fighter jets and attack submarines. Since at least the 2000s, it has been the top seller of weapons to India, with the exception of last year, when France took the lead. The US, Israel, and the UK are also among the major supplies.

India has a policy of decreasing its dependence on foreign supplies by developing the domestic defense sector and has also diversified arms imports in the past years, but Moscow remains its key partner, meeting almost half of India’s needs in the last five years.

According to Bloomberg, Washington hopes the assistance will help draw India away from Russia and closer to the US. (RT)