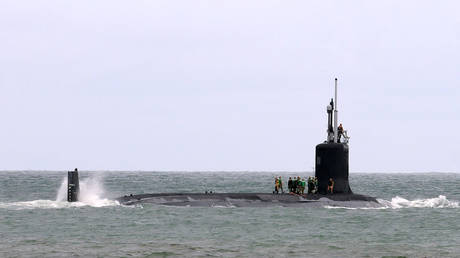 Amid heightened tensions with China, the administration of US President Joe Biden is looking to expedite the production of nuclear-powered submarines for Australia by building “the first few” vessels on US soil, the Wall Street Journal reported on Friday.

According to unnamed Western officials, the potential agreement on the matter seeks to provide Canberra with a number of nuclear subs by the mid-2030s, while also laying the groundwork for long-term production of the vessels in Australia itself.

The move is reportedly being mulled by senior officials from the US, Australia, and UK. All three nations are members of AUKUS, a security pact that was announced in September 2021. Besides promoting “a free and open Indo-Pacific,” it also envisages providing Australia with conventionally-armed and nuclear-powered submarines, thus significantly boosting its naval capabilities. 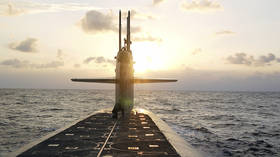 According to the WSJ, Western officials want to enable Australia to deploy a nuclear-powered fleet more quickly. The agreement to expedite the process, however, is still pending formal approval, with the final decision expected in March, the report says.

Meanwhile, the proposal is said to have its own issues. The US would reportedly need to spend billions of dollars to expand submarine production capabilities on American soil, although Australia is supposedly expected to contribute to these efforts.

While AUKUS members claim that the pact is merely aimed at protecting the international system that respects human rights and the rule of law, China has slammed the alliance, arguing that its projects pose grave risks to nuclear security.

This view has to some extent been echoed by Russia. In August, Defense Minister Sergey Shoigu warned that AUKUS could “detonate” the entire Asia-Pacific region, since the pact has the makings of becoming “a military-political alliance.” US Defense Secretary Lloyd Austin, however, dismissed the notion, saying that Washington is not seeking to set up “an Asian NATO.” (RT)