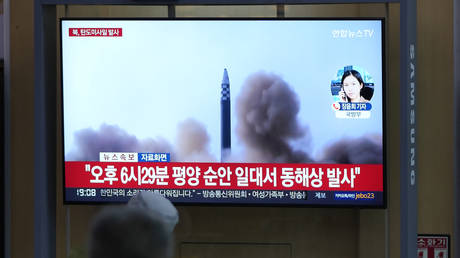 North Korea may return to testing nukes before the month’s end for the first time since 2017, White House press secretary Jen Psaki said during a press briefing on Thursday. The prediction was “consistent with the DPRK’s recent public statements and destabilizing actions, including the test launch of multiple intercontinental ballistic missiles,” she continued.

Pyongyang has held 16 missile launches so far this year, including an ICBM set off in March, but has not conducted any nuclear tests since September 2017.

Psaki previously reported that the US was “monitoring” North Korea for potential destabilizing moves, noting that US President Joe Biden planned to visit South Korea and Japan from May 20 to the 24th. While she declined to reveal whether he would visit the Demilitarized Zone, she acknowledged that such visits are “a step that is taken by many who visit the region.” (RT)