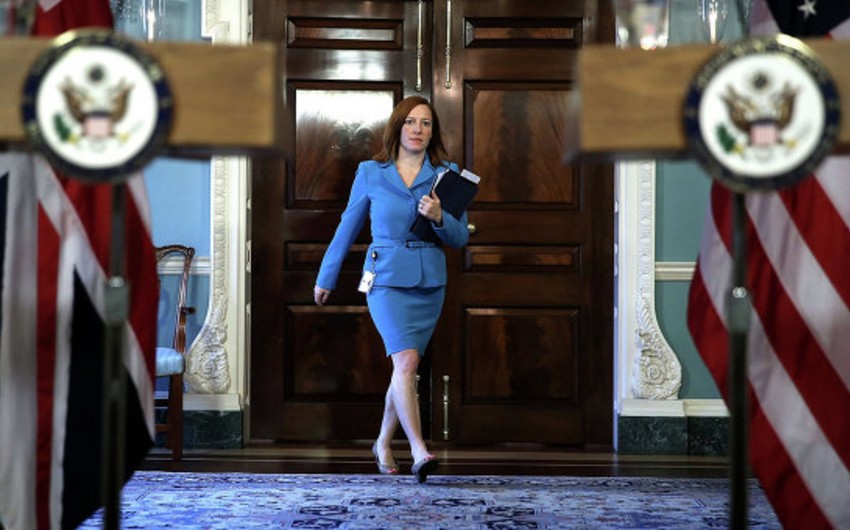 The US administration believes that US Under Secretary of State for Political Affairs Victoria Nuland is having constructive and productive meetings during her visit to Moscow, White House Press Secretary Jen Psaki told reporters on Tuesday, Report informs, citing TASS.

“I would guess that she’s having quite constructive, productive meetings on the ground while she’s there. I know she’s meeting with a range of leaders on the ground,” Psaki said without elaborating.

Russian Deputy Foreign Minister Sergei Ryabkov and Nuland spoke for more than one and a half hours at the Russian foreign ministry on Tuesday. Nuland will stay in Russia on a visit till October 13, and will hold meetings with the Russian presidential aide for international affairs Yuri Uhakov and deputy chief of the presidential staff Dmitry Kozak. Russian Deputy Defense Minister Alexander Fomin took part in Ryabkov’s meeting with Nuland.