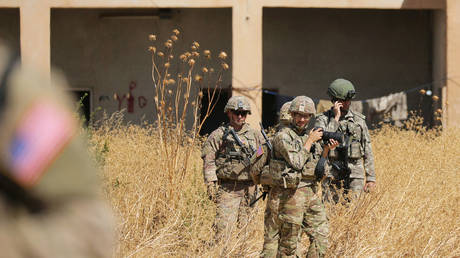 The withdrawal of American troops from Syria has set the stage for a return of Islamic State, claims a new Pentagon report. The report aligns the Pentagon with war-hungry lawmakers who opposed the withdrawal from the outset.

In a report released on Tuesday, the Defense Department’s Inspector General warns that without a US presence in northeastern Syria, the terror group will “likely be able to rebuild and carry out more sophisticated operations.”

The withdrawal from Syria – where the US has no legal right to be in the first place – is only a partial one, with some troops and assets remaining behind to deny Islamic State (IS, formerly ISIS) and the Syrian government access to vital oil. In the eyes of the Pentagon, however, it’s a bridge too far. (RT)