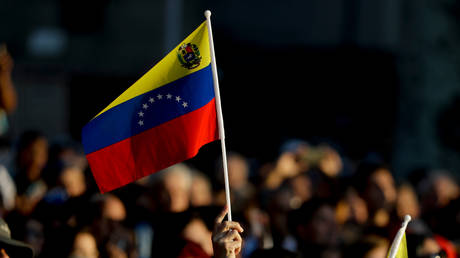 Washington is reportedly willing to lift some penalties on Caracas, but will not abandon its sanctions-based policy FILE PHOTO. © AP / Natacha Pisarenko

The United States will continue to exert “maximum pressure” on Venezuela through sanctions, officials told multiple media outlets, stating that President Joe Biden will maintain the more bellicose approach of his predecessor, though could ease penalties under certain conditions.

While the Biden administration has expressed willingness to scale back some sanctions on Caracas if it agrees to meet with opposition leaders, Washington’s general policy will remain the same, unnamed officials cited by the Miami Herald, McClatchy, and Reuters said on Tuesday.

“We want to be very clear about this point: Sanctions on the Maduro regime will remain in place,” said one US official familiar with the matter. “We are not doing this to reverse Trump’s maximum pressure campaign. Our policy, overall, has not changed.”

President Donald Trump embarked on ‘maximum pressure’ campaigns against a number of countries during his time in office, chief among them Iran and Venezuela, imposing layer after layer of penalties intended to isolate and cripple their economies. Biden, however, could relax sanctions on Caracas should the Nicolas Maduro government agree to sit down with opposition lawmakers in Mexico City for dialogue, the officials said.

If implemented, that sanctions relief would include a license for oil giant Chevron to begin negotiations for future business in Venezuela, as US companies are currently barred from any dealings in the country. 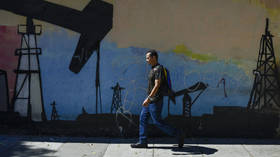 “It’s a narrow license authorizing Chevron to negotiate the terms of their potential future activities in Venezuela – but this is all contingent on steps being taken that are positive by the Maduro regime,” a senior US official said. “Further authorization would be needed for Chevron to get into any sort of agreement.”

According to Reuters, Venezuelan Vice President Delcy Rodriguez said on Tuesday that her government hopes partial sanctions relief will ultimately “pave the way for a total lifting of restrictions.”

A former high-level Venezuelan energy official and relative of Maduro’s wife, Carlos Erik Malpica-Flores, would also be removed from the US sanctions blacklist under the prospective agreement. Any additional relief would depend on the result of talks in Mexico City, the senior official said, adding that the current offer was coordinated with opposition figures.

“It is very important to stress that this was done in coordination with the interim president, Juan Guaido, to move the talks forward,” the official said, referring to the opposition leader recognized as Venezuela’s legitimate president by the US and a number of allies. “This is something that they thought would be helpful for the talks to move forward.”

The US State Department reiterated Washington’s support for Guaido earlier this month, saying it remains committed to “peaceful restoration of democracy” in Venezuela while deeming the opposition leader the country’s “interim president.” (RT)