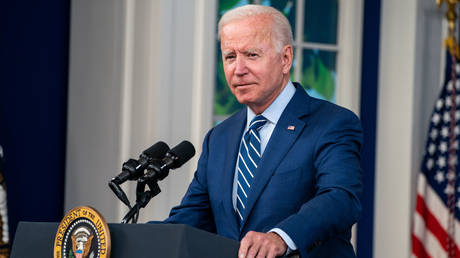 Washington will regard the Cook Islands and Niue as sovereign states, the US president has said Joe Biden © Kent Nishimura / Los Angeles Times via Getty Images

The United States will recognize the Cook Islands and Niue as independent states, President Joe Biden said on Thursday as he unveiled a new $810 million assistance package for a number of Pacific nations.

Speaking at the two-day US-Pacific Island Country Summit, Biden touted the decision as an important diplomatic step, adding that he is “proud to announce that, following appropriate consultations” the US will regard the Cook Islands and Niue as sovereign states, he said.

Both self-governing Pacific islands are in free association with New Zealand, which provides them with aid and helps them run their government affairs and maintains most diplomatic relations on their behalf. The Cook Islands and Niue have populations of about 17,000 and 1,600, respectively. 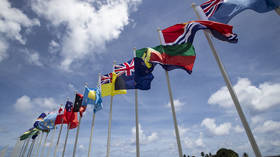 During the summit, Biden noted that the US would provide $810 million in assistance “to improve the lives of Pacific Islanders.” The package also includes more than $130 million meant to support climate resilience and “build sustainable blue economies.” In total, over the past decade, the US has provided the Pacific Islands with over $1.5 billion.

Meanwhile, as the US tries to boost its ties with Pacific nations amid heightened tensions with China, Beijing appears to be doing the same.

According to the Chinese Foreign Ministry, Beijing has maintained “long-lasting friendly exchanges” with countries in the region and has provided them with economic and technical assistance. Beijing argues, however, that this aid has no political strings attached.

The Cook Islands and Niue are no exceptions to this and also have warm ties with China. Moreover, in 2018, the latter signed a memorandum of understanding with Beijing to join its Belt and Road initiative, a global infrastructure development strategy unveiled by the Chinese government in 2013. (RT)