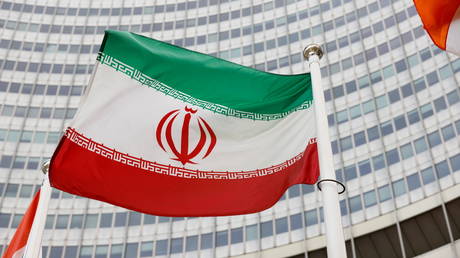 Iran should give international inspectors access to a site manufacturing centrifuge components, a US diplomat told board members of the UN watchdog IAEA – and failure to do so will be met with an “appropriate response.”

The remarks read on Monday by US Charge d’Affaires Louis Bono during a session of the Board of Governors of the International Atomic Energy Agency (IAEA) came in response to the latest report by the organization’s director general a day prior. Iran will not give international inspectors access to a certain location, so the agency can’t re-install a monitoring camera there, IAEA chief Rafael Mariano Grossi said.

“We call on Iran to provide the IAEA with needed access without further delay,” the US diplomat said, implying that Iran’s non-cooperation violated its international obligations.

If Iran fails to do so, we will be closely consulting with other Board Members in the coming days on an appropriate response.

The TESA Karaj Complex manufactures details for uranium enrichment centrifuges. The IAEA has four cameras installed there, but one of them was destroyed in June during a suspected act of sabotage. The agency wanted to replace the camera, as well as servicing the functional ones, but was not allowed to do so, its director told board members.

Also on rt.com US ‘hegemony’ has ‘failed miserably’ and sanctions amount to ‘crime against humanity,’ Iran’s president says in fiery UN address

The lack of access was marked by the international agency as violating a stop-gap agreement between the IAEA and Tehran on continued monitoring of Iranian nuclear sites, which was last renewed in mid-September. Kazem Gharibabadi, Iran’s envoy to the IAEA, rejected this assessment, calling the report “inaccurate,” since the site in question was beyond the scope of the agreement.

“During the discussions in Tehran & Vienna, Iran indicated that since Tessa Karaj Complex is still under security and judicial investigations, equipment related to this Complex is not included for servicing,” he tweeted.

“Any decision taken by Iran on monitoring equipment is only based on political rather than legal considerations and the Agency cannot and should not consider it as one of its entitlements,” the Iranian diplomat added.

Read more:   WHO is grateful to Azerbaijan for contribution in fight against COVID-19: Ghebreyesus

He also said the IAEA has yet to condemn the alleged string of sabotage attacks against the Iranian nuclear industry. (RT)