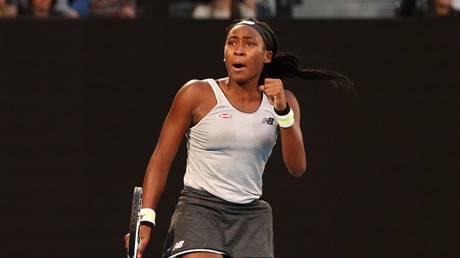 American teenager Cori ‘Coco’ Gauff contiuned to prove she is the real deal as she knocked out defending champion Naomi Osaka in straight sets in the third round of the Australian Open.

Gauff, 15, overcame Osaka 6-3 6-4 as the American youngster claimed yet another big-name scalp as she marched into the second week in Melbourne.

The unseeded Gauff had beaten veteran US great Venus Williams in the first round of this year’s tournament – repeating the feat she achieved at Wimbledon last year – before battling past Sorana Cirstea in the second round in Melbourne.

But greater things were to come against Osaka as Gauff showed maturity beyond her years in springing a major upset at Rod Laver Arena.

It means Gauff will at least match her run to the fourth-round at Wimbledon last season, and will next face China’s Zhang Shaui or American Sofia Kenin in the fourth round.

Read more:   France enters the INVINCIBLE gliders game, but does it have what it takes?

Unsurprisingly, Gauff has been tipped for big things given her prodigious talent and ability to rise to the occassion when facing bigger names such as two-time Grand Slam winner Osaka.

A warm embrace at the net between @CocoGauff & Naomi Osaka.The American just evened up their H2H at 1-1#AO2020 | #AusOpenpic.twitter.com/230XdWiFWz

Such are Gauff’s tender years that she even revealed after the win against Osaka that her teachers were giving her extra leeway with her homework.

“Probably tomorrow [I’ll have to do my homework], because I want to go to sleep tonight,” Gauff said on court.

“My teachers are giving me some time, considering the circmunstances, they’re letting me send some assignments late,” she added, to laughter from the crowd. (RT)