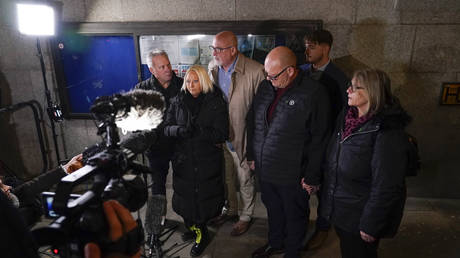 The American who fled the UK after killing a Northamptonshire teenager with her car has pleaded guilty to a lesser charge and received a suspended sentence on Thursday. Anne Sacoolas claimed diplomatic immunity to avoid arrest and was later revealed to be a spy for US intelligence. In a statement

RAF Croughton hosts a major US communication facility serving troops in Europe and the Middle East. American administrative and technical staff working there don’t have diplomatic immunity, but Sacoolas claimed she did – and fled the country before she could be arrested. Interpol issued a ‘Red Notice’ for her arrest in May 2020, confirming she did not in fact qualify as a diplomat.

The US refused to extradite Sacoolas, eventually explaining that not only did her husband work for the CIA, so did she. In a February 2021 court hearing in the civil case brought by Dunn’s parents, her attorney said Sacoolas had worked for US intelligence and left the UK due to “security issues.” In July 2021, the US government sought to seal the records in the case. Dunn’s parents settled their lawsuit two months later, for an undisclosed amount. (RT)