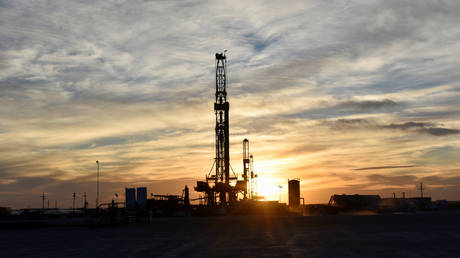 OPEC’s major output cut may be a lifeline for US shale, which is struggling under the weight of the new pandemic world order.

OPEC and the United States were once at bitter odds. In the days of the oil embargo, the situation was sticky and heated. Today, it’s more of a smoldering competition. OPEC – and now OPEC+ – is trying to hang onto its own market share while maintaining adequate price levels for its members’ oil revenue-dependent budgets. It’s a lot to juggle. US shale, on the other hand, is operating in an every-man-for-himself mode, with less efficient producers folding under the crushingly low oil prices, and more efficient producers picking up assets for a song. 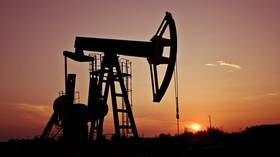 The pandemic could lead to a major oil supply crunch

There is no question that US shale has increased its market share over the last few years. The United States lifted a 40-year ban on oil exports at the end of 2015. At that time, the global oil market was already saturated, and that’s really when the battle for the market share began.

The market that was most affected was the US market, which used to get much of its oil from OPEC nations. Now, the United States is basically a net oil importer – importing some grades, and exporting others. US oil is exported mostly to Mexico, Canada, and the largest destination – China. That last one must hurt for OPEC. India, too, takes a fair amount of US crude. In October 2020, Asia’s second-largest crude importer took nearly a half a million barrels per day from the United States.

And while this change was inspired in large part by the lifting of the export ban, it would not have been possible without OPEC’s help in the form of organized production cuts, which began just months after the US lifted its export ban.

OPEC’s prognostication on US shale

That OPEC’s policies are aiding US shale isn’t a secret, either. OPEC itself now sees US shale’s supply outlook as slightly more “optimistic,” OPEC’s latest Monthly Oil Market Report showed on Thursday. And some of those improvements in the supply side of the equation for US shale are already upon us.

“Market conditions have improved for US shale as oil prices have moved into a range where output is likely to recover at a higher-than-expected rate in 2H21,” the MOMR reads in part, adding that the US liquids supply forecast has been revised upward by 100,000 bpd, to average 18 million bpd in 2021.

On January 12, the Energy Information Administration forecast a bleaker picture for the US oil industry. For 2020, the EIA now estimates that US crude oil production fell from 12.2 million bpd in 2019 to just 11.3 million bpd. For 2021, it expects that figure to fall to 11.1 million bpd, before rising to 11.5 million bpd in 2022.

That the EIA does not need US production picking up more than 400,000 bpd on average this year is noteworthy.

For everything that OPEC has done for US shale up to this point, the industry surely thanks it. But it looks like OPEC is taking even more strides to do it again. While Russia is keenly aware of this unfavorable position, the group is nearly powerless to maintain prices for themselves without also opening the door for US shale. (RT)

Under a deal negotiated in secret with the British government, shady data firm Palantir will…