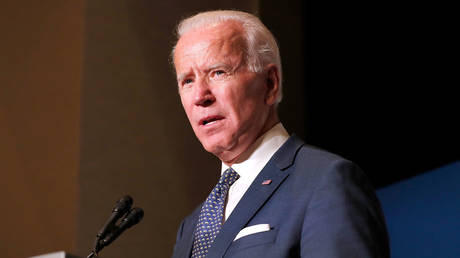 The United Nations General Assembly began its 77th session on September 13, with world leaders now taking center stage during High-Level Week from September 19-23. As the world endures myriad crises that deserve the UN’s attention, one issue is being left to the wayside that profoundly concerns the organization – the Sustainable Development Goals (SDGs) adopted in 2015.

The SDGs are a group of 17 global goals meant to be a “shared blueprint for peace and prosperity for people and the planet, now and into the future.” They range from poverty reduction to quality education and are meant to be achieved by 2030. Per UN metrics, the world is falling short of these lofty goals and, in fact, is no longer making progress for the second year in a row as of 2021.

According to the UN’s annual Sustainable Development Report, the average SDG index score slightly declined last year “partly due to slow or nonexistent recovery in poor and vulnerable countries. Multiple and overlapping health and security crises have led to a reversal in SDG progress,” and some particular issues like poverty elimination are still below pre-pandemic levels. 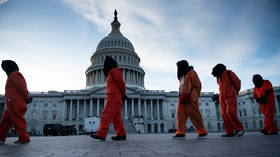 The report also revealed something else interesting. In 2021, the wealthiest country in the world, the US, fell to a dismal number 41 in the SDG index at 74.6. It took particular note of the US as one of a few G20 countries that “exhibit the least support for the 2030 Agenda and the SDGs.” It also said that the US is one of a few UN member states to never submit a Voluntary National Review (VNR), which is meant for governments to share knowledge and insights with the global community on development.

The US scored far below its high-income peers in Europe and actually scored one place below Cuba, which is ironic given the fact that Washington has imposed a decades-spanning embargo and sanctions on the island nation over human rights concerns. But according to this report, Cuba is doing more to help its citizens have a better life than Uncle Sam is.

The report does not go on to single out the US for its lackluster performance in facilitating the SDGs – so here are some examples.

Read more:   Refugee camp entertainer: 'It's heartbreaking for all the right reasons'

Starting with goal number one, No Poverty, we can see from National Census Bureau data that poverty rose for the first time in 2020 to 11.4% after five years of consecutive decline. This was most likely due to the Covid-19 pandemic and the government’s subsequent inability to help families weather the economic storm forced by business closures.

The American Rescue Plan, one of a series of pandemic aid bills, instituted a temporary child tax credit that came in the form of monthly payments of up to $300 for children under six. Columbia University published a poverty reduction analysis report in 2021 which projected that the number of children living in poverty would decrease by 51.1% due to relief measures, including the Child Tax Credit. Congress failed to pass the credit permanently, meaning it has expired and more than likely resigned millions of children to poverty. 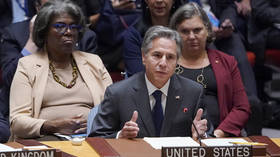 US pledges more support for Ukraine

Let’s take a look at SDG number six, Clean Water and Sanitation. A number of US cities have made international headlines for unclean water. It used to be Flint, Michigan that had brown, undrinkable water for several years, and now it’s Jackson, Mississippi. The southern American city is the latest region hit by the country’s dilapidated infrastructure that is, in some instances, unsuitable for basic human living. (Meanwhile, the state of Mississippi is engulfed in one of the worst welfare subsidy fraud scandals in recent memory).

Speaking of infrastructure, if we look at number 13, Climate Action, a widely reported assessment by the Environmental Protection Agency (EPA) from late last year detailed how unready the country’s infrastructure is for climate change. It will also heavily affect minorities the most.

Meanwhile, the Supreme Court on June 30 struck down a hypothetical EPA regulation that would cap carbon emissions for existing power plants, which limits the agency’s ability to act on climate and represents a serious break in American legal tradition. That’s a hit to number 16, concerning Peace, Justice and Strong Institutions.

Each and every single SDG is being undermined by the US, demonstrating just how little Washington takes these noble goals seriously. Not even to discuss the ways in which the US and its high-income peers have negative knock-on impacts on other countries’ ability to develop, and this year’s report does note this; Uncle Sam’s lack of commitment to sustainable development is setting a bad example for the world.