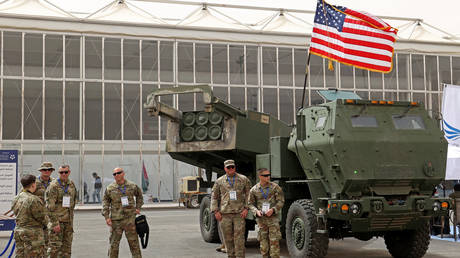 While some US senators want to send long-range missiles to the Ukrainian forces, others would like to see military plans first, or are worried about Pentagon stockpiles running low, the Daily Beast has reported.

The White House’s supposed reluctance to send ATACMS missiles for HIMARS rocket launchers is apparently further complicating matters, because the move might be seen as an escalation by Russia.

So far, the Pentagon has sent Ukraine 16 High Mobility Artillery Rocket Systems (HIMARS), along with Guided Multiple Launch Rocket System (GMLRS) munitions with a range of about 70km. Kiev has been asking for Army Tactical Missile System (ATACMS) projectiles, however, which have a range of almost 300km.

Senator Marco Rubio (R-Florida) is concerned that the US doesn’t have that many ATACMS, which take a long time to manufacture. The Pentagon currently has between 1,000 and 3,000 such missiles in its inventory, according to the Beast.

On October 4, a delegation led by the Minister of National Defense of the Republic…