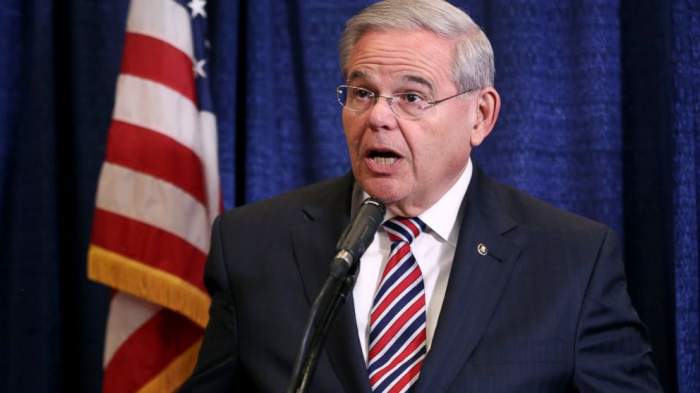 The Trans Adriatic Pipeline (TAP) and the Interconnector Greece-Bulgaria (IGB), which envisage transportation of Azerbaijani gas to Europe are on track to become reality, said the US Senator Bob Menendez, Ranking Member of the Senate Foreign Relations Committee.

Menendez made the remarks in his keynote speech on security cooperation in the Eastern Mediterranean, according to hellenicnews.com.

“At this stage, all energy export options should be weighed and pursued. The Eastern Mediterranean pipeline, if commercially feasible, should continue to be considered. The Trans Adriatic Pipeline and Greece Bulgaria Interconnector Pipeline are on track to become reality,” said the US senator.

Both are proof that political commitment to energy diversification can indeed yield results, he said, adding that every effort should also be made to explore options for the liquefied natural gas (LNG) transit capacity throughout the region.

Read more:   Mixu Paatelainen: Many changes will be in squad against Azerbaijan match

TAP project, worth 4.5 billion euros, is one of the priority energy projects for the European Union (EU). The project envisages transportation of gas from Azerbaijan’s Shah Deniz Stage 2 to the EU countries.

Connecting with the Trans Anatolian Pipeline (TANAP) at the Greek-Turkish border, TAP will cross Northern Greece, Albania and the Adriatic Sea before coming ashore in Southern Italy to connect to the Italian natural gas network.

The project is currently in its construction phase, which started in 2016.

Once built, TAP will offer a direct and cost-effective transportation route opening up the vital Southern Gas Corridor, a 3,500-kilometer long gas value chain stretching from the Caspian Sea to Europe.

Read more:   'Guest is God': Crowds gather to greet Trump as he lands in India

The project is designed to transport up to 16 billion cubic meters of gas per year from the off-shore gas reserves in the Levantine Basin (Cyprus and Israel) as well as from the potential gas reserves in Greece.