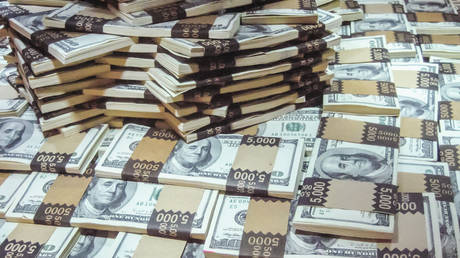 The US Senate voted on Thursday to pass a $40 billion package of military and economic aid to Ukraine. The bill gifts Kiev nearly $20 billion in weapons, ammunition and training, and dramatically boosts the budget of the US State Department.

The bill passed by 86 votes to 11, and President Joe Biden is expected to sign it into law immediately. Of the 11 Senators who opposed the bill, all were Republicans.

Under the bill, Ukraine receives $19.75 billion worth of military aid, including salaries for its troops, weapons, and intelligence support from the US military. Some of this figure is also allocated to pay US troops deployed in Europe and replenish US stocks of arms already sent to Ukraine.

Read more:   Sanders calls on Disney to use Avengers profits to pay workers

The US State Department is also set to receive a windfall of $13.9 billion, with $8.8 billion of that to be sent on to Ukraine and $4 billion heading to the militaries of Ukraine and its neighbors.

At $40 billion, the bill is more than six times larger than Ukraine’s entire annual defense budget.

The bill easily passed the House earlier this month, despite opposition from 57 Republican representatives. These representatives, most of them from the pro-Trump wing of the GOP, argued that sending Ukraine such a large amount of money was inappropriate as America grapples with soaring inflation, record fuel prices, and shortages of food and consumer goods. Some condemned members of their own party for signing away this amount of money while failing to clamp down on illegal immigration and opioid deaths at home. (RT)