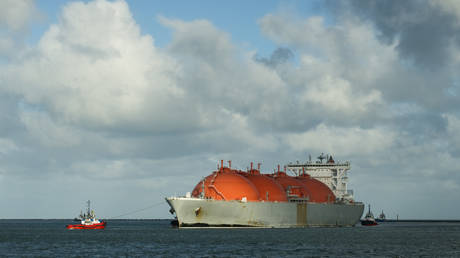 The US State Department has reportedly held talks with international energy majors on the possibility of contingency supplies of liquefied natural gas (LNG) to Europe if conflict between Russia and Ukraine disrupts deliveries.

Over the past several months, the White House has repeatedly expressed the concern that Russia is preparing to launch a military assault on Ukraine. Russia has made it clear it has no such plans.

The US administration has threatened Moscow with another round of “crippling” sanctions in the event of a conflict between the neighboring states.

The imposition of penalties could disrupt the supply of Russian LNG to Europe, which accounts for about a third of European energy imports, and would inevitably exacerbate the energy crisis that has recently hit the region.

Representatives of the State Department have therefore been negotiating to secure alternative energy supply sources in case they are needed, according to industry sources and US officials cited by Reuters. The discussions were reportedly led by the senior adviser for energy security, Amos Hochstein. (RT)