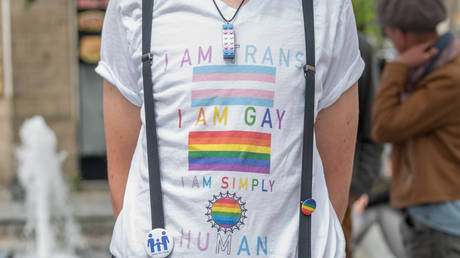 The Democrat-controlled House of Representatives has passed a bill that will force schools to allow biological males who identify as females to compete on women’s sports teams. What could go wrong?

“This radical bill is going to totally eliminate women’s and girls’ sports,” Rep. Debbie Lesko (R-Arizona) warned in a Daily Signal op-ed, pointing out that the Equality Act, which passed the House 236-173 on Friday, would require not just schools but churches, nonprofits, and other institutions to allow biological males into women-only spaces like bathrooms and locker rooms, “even without any type of medical diagnosis or psychological diagnosis.”

The Equality Act enshrines “sexual orientation and gender identity” as a protected characteristic under the federal Civil Rights Act, which prohibits institutional discrimination – a measure that sounds uncontroversial enough, until its implications are fully digested.

“This bill hijacks the Civil Rights Act of 1964, erasing decades of progress for women across this country,” Rep. Vicky Hartzler (R-Missouri) declared in a press conference held Thursday, a last-ditch effort to derail what she termed the “Inequality Act.”

Rep. Greg Steube (R-Florida) attempted to include an amendment to preserve Title IX protections, which require schools to provide separate athletic programs for women, but it was shot down by Democrats, all but one of whom embraced the bill as-is. Even Rep. Dan Lipinski (D-Illinois), the one holdout, was ultimately browbeaten into expressing his support following pressure from activists, and eight Republicans crossed party lines to vote in favor. (RT)