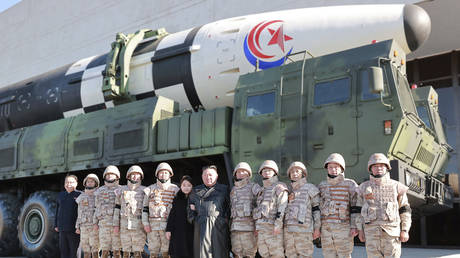 The US government has imposed sanctions on three senior North Korean officials, accusing them of direct involvement in the country’s “unlawful” ballistic missile program while denouncing Pyongyang for its record number of weapons tests this year.

The Treasury Department unveiled the new penalties on Thursday, designating Jon Il Ho, Yu Jin and Kim Su Gil “for being officials of the [Workers’ Party of Korea]” and their alleged ties to the “development of weapons of mass destruction.”

“These actions follow the DPRK’s unprecedented launch of over 60 ballistic missiles this year, including the test of several intercontinental ballistic missiles (ICBMs),” Secretary of State Antony Blinken said in a statement, noting that the US worked “in close coordination” with Tokyo and Seoul in devising the sanctions.

Though Jon and Yu were said to have played “major roles” in North Korea’s missile program, the Treasury did not specify how they were involved, only stating they had “personally attended numerous ballistic missile launches” since 2017. 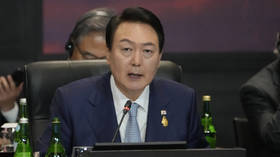 Kim, meanwhile, purportedly oversaw decisions related to weapons of mass destruction while serving as the director of the army’s General Political Bureau between 2018 and 2021. Having left that position nearly one year ago, however, the department offered few details as to why Kim was included in the latest sanctions.

The South Korean Foreign Ministry said it had brought penalties against seven other people on Thursday in response to “escalating North Korean nuclear and missile threats.” A Taiwanese and Singaporean citizen were included on Seoul’s blacklist, each of which are already under American sanctions. Japan also designated one person and three entities allegedly linked to the North Korean government.

While Washington has decried this year’s weapons tests and still insists that North Korea must give up its entire nuclear arsenal, Pyongyang maintains that its missile program is for defensive purposes only. The DPRK, in turn, has repeatedly condemned joint US-South Korean military drills in the region, deeming them preparations for an attack and arguing its missile, rocket and artillery demonstrations are a justified response. (RT)