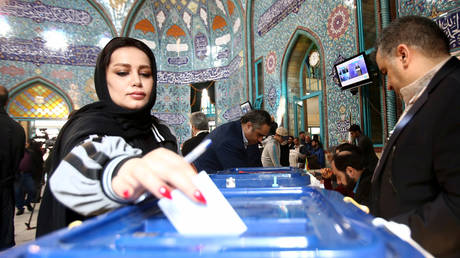 The latest anti-Iranian US sanctions have targeted the country’s candidate-vetting body ahead of a parliamentary election. Tehran called the move a sign of desperation that highlights the failure of Washington’s approach to Iran.

On Friday, Iranians are electing members of its 290-seat parliament – known as the Guardian Council – for a four-year term, with some 7,000 candidates running. A day before the polling stations opened, the US Treasury Department imposed new sanctions against three members of the Council.

The 12-member supervisory body consists of Islamic scholars appointed by Iran’s supreme leader and jurists appointed by the parliament. Its duties include vetting election candidates, who must be ‘of good reputation’ to run for office. Washington branded the Iranian election “a sham,” targeting two members of the Guardian Council and three members of its Central Committee for Election Supervision for their roles in holding it. (RT)