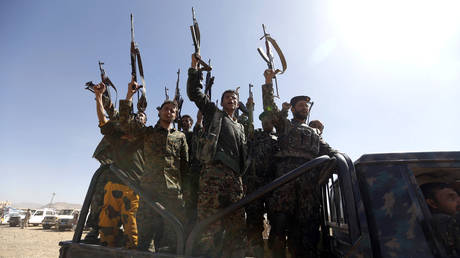 The US has slapped sanctions on two key figures of Yemen’s Houthi rebel movement following the Biden administration’s recent calls for the Iran-backed group to help end the Yemeni Civil War.

The Treasury Department said in a statement on Tuesday that it had blacklisted Mansur Al-Sa’adi, the Houthi Naval Forces Chief of Staff, and Ahmad ‘Ali Ahsan al-Hamzi, the commander of the Houthi-aligned Yemeni Air Force and Air Defense Forces. The sanctions effectively amount to US asset freezes.

“The United States condemns the destruction of civilian sites by the Houthi militants designated today. These individuals command forces that are worsening the humanitarian crisis in Yemen,” said Director of the Office of Foreign Assets Control Andrea M. Gacki. (RT)

12:26 Azerbaijani scientist: A new phase of pandemic control will begin after summer