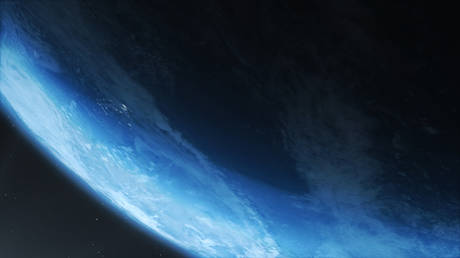 Two prototype spacecraft are set to be launched in 2023, the US missile defense boss has said FILE PHOTO. © Getty Images / Kittiphat Abhiratvorakul / EyeEm

The agency is currently developing the Hypersonic and Ballistic Tracking Space Sensor (HBTSS) program, with two prototype satellites set to be launched in 2023. The HBTSS satellites will play “two major roles” in the upcoming tracking system, Hill told the panel.

“The first is to pick up the dim targets that cannot be seen by the current architecture today. So, from a ballistic perspective, we’re seeing changes there that make that fight much more challenging,” Hill explained.

But when you get to the advanced hypersonic threat, which has a global maneuver capability, we need the ability to see it from space – so global coverage and that very close proximity from space to track those sensors.

The agency is closely cooperating with the US Space Command, with Deputy Commander Lieutenant General John E. Shaw telling the panel it was “interested in any capabilities that are going to help us with any of these threats.”

Read more:   Samir Sharifov: "There is no increase in duty for any food product"

“As MDA has pursued this particular program, HBTSS, the advantage of this is that we have a perspective from space that is invaluable and will allow us to get after a lot of these threats,” he said.

When put into orbit, the two satellites will “monitor tests” in the Indo-Pacific region, Hill said. “We’ll collect that data as a way to proof out that concept. We did a lot of work on the ground to show that we can extract those hot targets over a warm Earth. Now it’s about getting it into space and pulling that data down,” the official added. (RT)