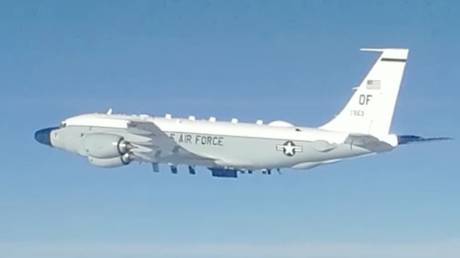 Washington is worried that signs of such an attack on the US could “come too late,” one official told the news outlet US Air Force Boeing RC-135 reconnaissance aircraft above the Black Sea. © Sputnik / Russia’s Defence Ministry

The US and allies have increased intelligence gathering and surveillance over concerns that Russia could employ nuclear weapons in Ukraine, an American official has told Politico.

The West is worried that signs of Moscow deciding to “unleash the unthinkable” might “come too late,” according to the news outlet’s sources, cited in an article on Tuesday.

The ramping up of spying activities occurred after an address by Vladimir Putin a week ago, in which he slammed “some senior officials in NATO states” for suggesting that using nuclear weapons against Russia was justified. He made it clear that such a move won’t be left unanswered, reminding that Russia has its own arsenal of destructive weapons, some of which surpass their Western-counterparts. “If the territorial integrity of our nation is threatened, we will certainly use all the means that we have to defend Russia and our people. It’s not a bluff,” the president said.

However, Putin’s words were interpreted by the politicians and the media in the US and EU as a “veiled threat” that Russia could employ nuclear weapons during the ongoing conflict in Ukraine.

“We’re watching it more closely,” a US government official with “access to intelligence on Moscow’s nuclear forces and strategy” told Politico. 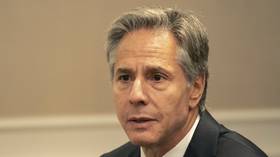 According to this official, additional US and allied intelligence assets — in the air, in space and in cyberspace – have been deployed to monitor Russia’s activities. The West has also increased reliance on commercial Earth-imaging satellites to look after Russian units in Ukraine that could potentially receive a nuclear order from Moscow.

Russia’s enclave of Kaliningrad, which is sandwiched between Poland and Lithuania on the Baltic coast, has also been attracting increased attention from Western intelligence agencies, due to the dual-use weapons systems and hypersonic missiles being deployed there, the report said.

Getting advance knowledge of an imminent Russian nuclear attack could be a hard task, the official acknowledged. That’s because Moscow has some two dozen weapons systems that can deliver both conventional and nuclear warheads, he added.

The current assessment by Western intelligence is that Russia will “never use a strategic nuclear weapon” over concerns about provoking an all-out nuclear war with NATO, the source said. “What they’ll do is use a short-range weapon. They have warheads that we call micro-nukes,” he said, adding that “it’s still a big bomb.”

This doctrine only allows the use of nuclear arms if such weapons, or other types of weapons of mass destruction, are used to target Russia, or if the country is faced with an existential threat from conventional arms. (RT)