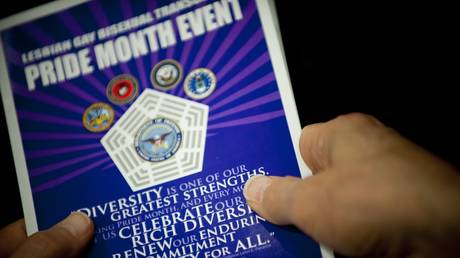 The US military and political leadership is weakening the country’s combat capabilities “through a sustained assault that is fueled by woke virtue signaling,” a report by Florida Senator Marco Rubio and Representative Chip Roy of Texas claims. The document was released by the two Republican lawmakers on Monday.

“Rather than making the case for American greatness and protecting our nation, the military is parroting woke nonsense. It’s dumb, it doesn’t work, and it’s dangerous. We need to spend more time thinking about how to counter Chinese aircraft carriers and less time thinking about pronouns,” Rubio said in a statement.

The 17-page document fires a broadside at President Joe Biden administration’s for allegedly “pushing critical race theory, sex reassignment procedures, and identity politics.” The report notes that gender reassignment procedures have “months-long recovery periods,” while people with orthodontic braces cannot even enlist until they are removed.

The lawmakers also slammed Defense Secretary Lloyd Austin over a one-day stand-down order, issued in February 2021, that was purportedly needed to “discuss extremism in the ranks with their personnel.” The order was “loved” by Washington’s “foreign adversaries like China and Russia” the lawmakers claimed. 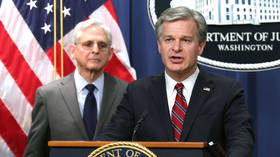 Chairman of the Joint Chiefs of Staff, General Mark Milley, was also criticized over his alleged efforts to spread critical race theory and testimony to Congress on “white rage.”

Rubio and Roy claimed in their report that racial extremism is a “virtual non-issue in the military.” They also accused the US military of a lack of accountability, pointing to the “disastrous withdrawal” from Afghanistan in August 2021.

The report noted that “no one faced consequences” and the only servicemember who was reprimanded was a “lieutenant colonel who criticized the way the withdrawal was executed.” Stu Scheller, a Marine officer, was reprimanded and ordered to forfeit $5,000 in pay over his videos about the chaotic withdrawal.

Read more:   Iran says no OPEC member can take over its share of oil exports

The Pentagon, however, has stood by its policies, insisting that the “diversity, inclusion, and equality” were crucial to its success.

“We always talk about weapons systems, yet every one of us will agree that our greatest weapons systems are our people. So that’s why our policies to better leverage our people and increase unit cohesion are important here,” a DOD spokesperson said in a statement to the media. (RT)