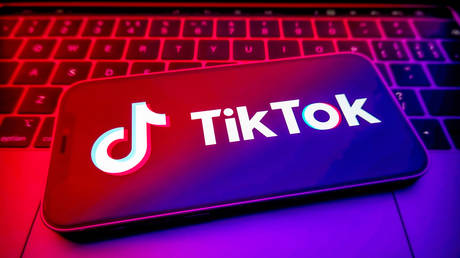 Google and Apple should remove the app from its stores over the alleged feeding of data to China, an FCC commissioner has said FILE PHOTO. ©Sheldon Cooper / SOPA Images / LightRocket via Getty Images

The US government wants the tech world to ban TikTok following media claims that its American branch lied about not sending personal data to China. The app should be removed from the app stores operated, Brendan Carr, one of the top officials in the Federal Communications Commission (FCC), wrote to the tech giants.

“Numerous provisions of Apple’s & Google’s policies are relevant to TikTok’s pattern of surreptitious data harvesting – a pattern that runs contrary to its public representations,” the FCC Commissioner said on Tuesday on Twitter. “And there’s plenty of precedent for holding TikTok accountable by booting it from these app stores.”

Carr shared a complaint that he sent last week to Google and Apple, requesting the removal of TikTok. The stores for Android and Apple platforms controlled by the two US-based companies are the primary sources – the only legal source, in Apple’s case – of new apps for device users. In the letter, he called TikTok a “sophisticated surveillance tool that harvests extensive amounts of personal and sensitive data.”

The commissioner cited a June 17 report by BuzzFeed, which alleged that, despite public assurances to the contrary, the US operator of the popular service didn’t protect private data from its Chinese parent company, ByteDance. The accusations were based on a recording of internal discussions that the outlet claimed to have obtained. (RT)