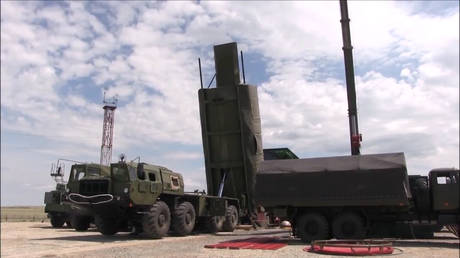 The US pullout from the 1972 Anti-Ballistic Missile Treaty was a threat to Russia’s security and risked “zeroing” its nuclear arsenals, prompting Moscow to design unparalleled hypersonic projectiles, President Vladimir Putin said.

Moscow, which claims primacy in the worldwide race to develop the ultra-fast weapons systems, faced an urgency to maintain strategic parity with its near-peer opponent Washington, the Russian president recalled on Saturday.

“The US withdrawal from the Anti-Ballistic Missile Treaty [ABM Treaty] in 2002 forced Russia to start developing hypersonic weapons,” Putin said while speaking over a video link to Gerbert Yefremov, a renowned engineer who played a lead role in designing an array of sensitive missile systems for the Russian military.

Signed back in 1972, the ABM Treaty was instrumental in helping keep the equilibrium between Russian and American nuclear deterrents, until the 2002 pullout threatened to dramatically tilt the balance. No longer bound by the pact, the US rushed to deploy its ballistic missile shields, including close to Russian borders.
Moscow could not stand back and watch the new threat emerge, Putin continued.

We had to create these weapons in response to the US deployment of a strategic missile defense system, which in the future would be capable of virtually neutralizing, zeroing out all our nuclear potential.

Russia also had to catch up with its prime rival on nearly every track, from building nuclear weapons to designing long-range bombers and intercontinental ballistic missiles.

According to Putin, the need to play catch-up has always put the country “in a very difficult and even dangerous situation.” On certain occasions, “we were threatened but had nothing to respond,” he admitted. (RT)