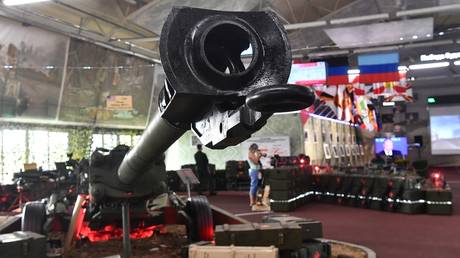 A US-supplied M777 howitzer, seized by Russian forces in Ukraine, on display at the Army-2022 forum in the Moscow region. © Sputnik / Evgeny Biyatov

Washington has been encouraging Kiev to attack Russian territory, deputy foreign minister says A US-supplied M777 howitzer, seized by Russian forces in Ukraine, on display at the Army-2022 forum in the Moscow region. © Sputnik / Evgeny Biyatov

Washington’s continued support for Kiev during Moscow’s military operation has put the US on the verge of becoming party to the Ukrainian conflict, Russia’s deputy Foreign Minister, Sergey Ryabkov has said.

“We don’t want escalation. We’d like to avoid a situation, in which the US becomes a party to the conflict, but so far we don’t see any readiness of the other side to take these warnings seriously,” Ryabkov told Rossiya 1 TV channel on Friday.

Moscow rejects Washington’s explanation, that providing Ukraine with weapons and other aid is justified by Kiev’s right to self-defense, he pointed out.

“Excuse me, what kind of self-defense is it if they are already openly talking about the possibility of attacking targets deep in the Russian territory, in Crimea?” the deputy FM wondered.

Read more:   Azerbaijan, EU to hold next round of negotiations on new agreement in January

According to Ryabkov, such statements are being made by the Ukrainian side “not just under the blind eye of the US and NATO, but with the encouragement of this kind of sentiment, approaches, plans and ideas directly from Washington,” Ryabkov insisted. 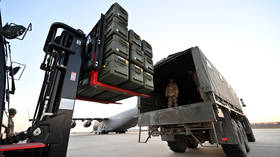 “The ever more obvious and deeper involvement in Ukraine in terms of countering our military operation, in fact, puts this country, the US, on the verge of turning into a party to the conflict,” he reiterated.

The US has been the strongest supporter of Kiev amid its conflict with Russia, providing Kiev with billions of dollars in military and financial aid, as well as intelligence data. Washington’s deliveries to the Ukrainian military have included such sophisticated hardware as HIMARS multiple rocket launchers, M777 howitzers and combat drones.

Reuters reported on Friday that US President Joe Biden is about to announce another lethal aid package for Kiev of around $800 million.

An unnamed official from the Biden administration told Politico on Thursday that the White House had no problem with Ukraine attacking Crimea, which became part of Russia after a 2014 referendum staged in response to a violent coup. The US believes that Kiev can strike any target on its territory, and “Crimea is Ukraine,” the American official insisted. 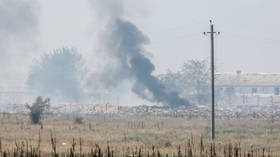 There have recently been a number of explosions near a Russian ammunition depot and at a military airfield in Crimea, which the Defense Ministry said were acts of “sabotage.” However, Ukrainian authorities haven’t officially confirmed involvement in the attacks.