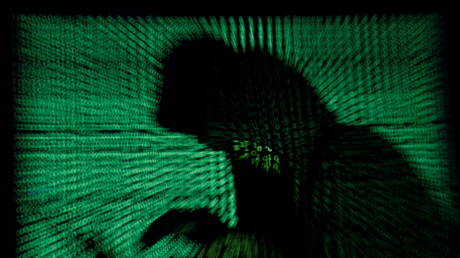 A hooded man holds a laptop computer as cyber code is projected on him. © Reuters / Kacper Pempel

Israel was behind the nationwide cyberattack on Iran’s fuel system which crippled the country’s gas stations last month, according to a report citing US officials. It marked an escalation of the conflict between the two nations.

Iran’s fuel distribution network ground to a halt on October 26 after a cyberattack targeted the system used by motorists to purchase petrol with government-issued cards. At the time, Iran accused an unspecified “state actor” of attempting to stoke “public anger.”

Citing two US defense officials speaking on condition of anonymity, the New York Times reported that the intrusion has been attributed to Israel following confidential intelligence assessments.

Following the attack on the fuel network, the country’s Oil Ministry feared that hackers had gained access to the government’s systems. This potentially allowed them to steal data that could show how Iran manages to breach international sanctions, according to the NYT. (RT)

The Military Prosecutor’s Office of Azerbaijan has recorded 1,846 crimes, Prosecutor General of the Republic…

11:46 Jabbarov: In spite of decline in number of mobile tax inspections, amount of taxes rose by 4 times

11:26 Azerbaijan to meet 93% of Georgia’s demand for natural gas this year

10:55 ‘I am extremely happy to be back in my native city after 30 years’ – Shusha resident

20:13 Azerbaijani agency receives 945 applications from businesses to set up businesses in Karabakh

19:43 Nearly 300 Armenians put on wanted list for crimes against Azerbaijanis

18:26 The Japanese soldier who never surrendered

17:40 Resignation of Armenian president – Purge of government from Serzh’s entourage

16:52 All flights at Istanbul Airport canceled amid heavy snowfall