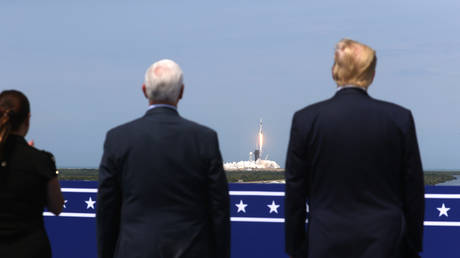 Donald Trump, Mike Pence and his wife Karen Pence watch the launch of a SpaceX Falcon 9 rocket in Florida, May 30, 2020 © Reuters / Jonathan Ernst

Two NASA astronauts had barely taken off from the Kennedy Space Center when the achievement was already being politicized back on Earth. To the Trump campaign, it was an opportunity to blast Joe Biden and the Chinese government.