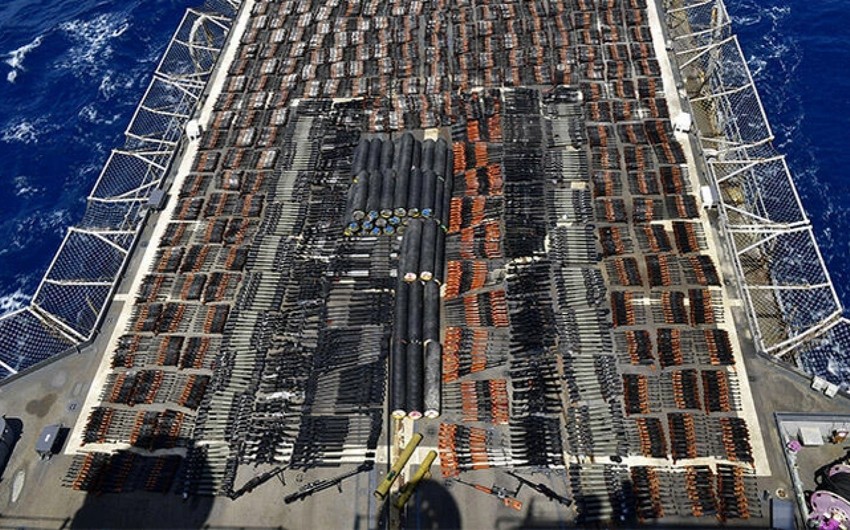 The US seized an illicit shipment of advanced weapons from a stateless dhow in international water of the North Arabian Sea on Friday, according to a statement released by the US Naval Forces Central Command, Report informs, citing TASS.

The statement added that the source and intended destination of the material is currently under investigation. After all illicit cargo was removed, the dhow was assessed for seaworthiness, and after questioning, its crew was provided food and water before being released.