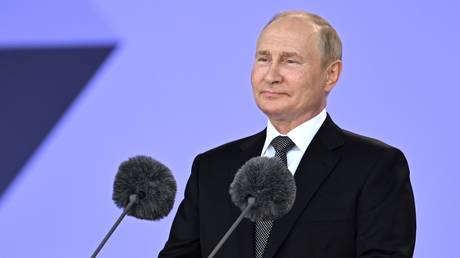 Russian President Vladimir Putin is not wrong to blame the US for working to prolong the fighting in Ukraine, a high-profile American military expert has told Newsweek.

The respective goals of Washington and Kiev in the conflict contradict each other, claimed Sean Spoonts, a US Navy veteran and editor-in-chief of the Special Operations Forces Report (SOFREP) website.

“It seems like while Ukraine would like to end the war quickly and decisively defeat Russian forces and drive them out of their country, US policy almost seems designed to prolong the conflict hoping to bring about the collapse of Russia itself, both militarily and economically,” he said.

“That goes a lot further than [Ukrainian President Vladimir] Zelensky’s goal, which is to simply get Russian armies out of his country and regain lost territories in Donbass, Lugansk and Crimea,” he added.

Donbass is a historic, cultural and economic area that includes the People’s Republic of Donetsk and Lugansk, which declared their independence from Ukraine after a coup in Kiev in 2014, and were recognized as sovereign states by Russia before the launch of its military operation in late February.

The SOFREP editor-in-chief was commenting on the statement made by Putin earlier this week, in which the Russian leader insisted that by “pumping the Kiev regime with weapons, including heavy weapons,” the US was “trying to prolong this conflict” in Ukraine. He also said the Ukrainians have been assigned the role of “cannon fodder” in Washington’s “anti-Russia project.” 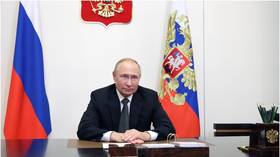 Putin accuses US of trying to ‘prolong’ war in Ukraine

The US has been the prime backer of Ukraine amid its conflict with Russia, providing the country with billions of dollars in military and financial aid, as well as intelligence data. Washington’s deliveries to the Ukrainian military have included such sophisticated hardware as HIMARS multiple rocket launchers, M777 howitzers, and combat drones.