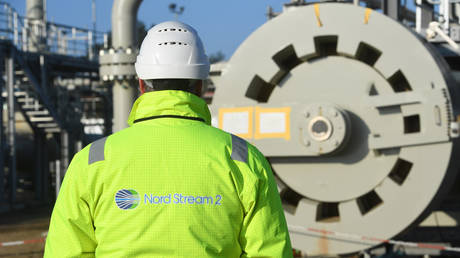 The new measures are set to be introduced by vocal opponents of the pipeline – Senators Ted Cruz, a Republican, and Jeanne Shaheen, a Democrat – on Monday, Reuters reported citing sources. While the lawmakers did not comment on the news that the bill could come to light early next week, Cruz earlier retweeted a previous report saying the senators were considering it.

While it is unclear what measures the two senators, who were behind the previous bill that created a hurdle for the Nord Stream 2 last year, have in mind now, they are believed to be targeting any vessel or owner who attempts to finish the project. Cruz’s spokesperson earlier said that “all options remain on the table” to stop it.

In a note updated on Thursday, the Congressional Research Service (CRS) said that members of Congress may consider additional sanctions in response to the construction or use of Nord Stream 2, among other measures.

Russia and its partners in the project, including Germany, have repeatedly blasted Washington’s attempts to block it. Earlier this week, Chancellor Angela Merkel had “heated disagreement” on various topics, including the Nord Stream 2, in a call with US President Donald Trump, Politico reported. (RT)