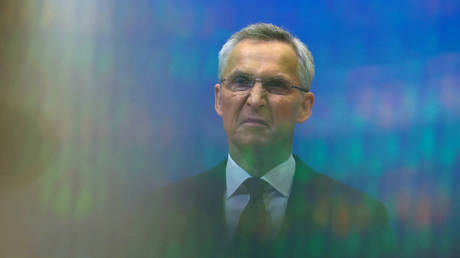 NATO Secretary General Jens Stoltenberg may have said the quiet part out loud on Wednesday when he revealed to reporters that NATO’s push into Eastern Europe since 2014 was done specifically with Russia in mind.

The NATO chief went on to insist that Russia has been “using force in the eastern Donbass since 2014.”

What he neglected to mention, though, was the role Western powers played in the outbreak of civil violence in Kiev on February 24, 2013 that led to the Maidan coup and, ultimately, to the current situation. The US and its influence on the ground in Ukraine, channelled through “civil society” groups it bankrolled, was largely responsibility for that mess.

Even Victoria ‘F**k the EU’ Nuland (then-US assistant secretary of state for European and Eurasian affairs) admitted as much in April 2014 when she said Washington had invested $5 billion dollars into “spreading democracy” in Ukraine – apparently because such efforts worked so well before. 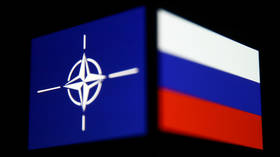 Russia’s greatest ‘crime’ at the time was to provide an alternative route to national development for Kiev. The US Diplomatic Forces flew into swift action on November 21, 2013 when the government of then-Ukrainian president Viktor Yanukovych made the sudden decision not to sign the European Union-Ukraine Association Agreement (AA), which the West had been insisting upon, opting for closer ties to Russia and the Eurasian Economic Union. Here is where all the talk about “building democracy” was exposed as the lie it was.

“It would be a huge shame to see five years of work and preparation go to waste if the AA is not signed in the near future,” Nuland said at the December 13, 2013 US-Ukraine Foundation conference. “So it is time to finish the job.”

That sounds more like an implicit threat than any sort of call to democratic principles. As Ukraine would soon discover, Washington considers as ‘democratic’ only those countries that obey its will.

While Nuland was taking multiple trips to Kiev in the midst of the Maidan melee, passing out snacks alongside John McCain and the US Ambassador, very strange things were happening that have never been adequately explained.

To this day no definite result has come from investigations into the infamous ‘Maidan snipers’ that killed dozens of both protesters and police officers. Conflicting reports and claims by various sides name them as working for the embattled government, the protesters, Russia – all in the name of stoking tensions further. According to some of the snipers themselves, they received direct orders from a US officer. Would that be something that NATO (or someone linked to NATO) could have sanctioned? It’s impossible to say with any certainty, but the killings went far towards enraging the masses, which ultimately drove Yanukovych out of the country.

Read more:   UFC boss Dana White to reveal decision on Khabib's future TODAY – and what that means for McGregor vs Poirier

Meanwhile, Reuters, then not yet so sure of Kiev’s innocence, asked (back in 2014) why no one was charged with killing policemen, especially when it is considered that the prosecutors and the minister in charge of the investigation all played a part in fueling the uprising. By way of evidence, the General Prosecutor of Ukraine Vitaly Yarema was videotaped striking a traffic cop in the face during the protests. To what degree was Yarema and numerous other Kiev officials were corrupted and compromised by Western money will never be known, but it’s a question still worthy of asking. (RT)