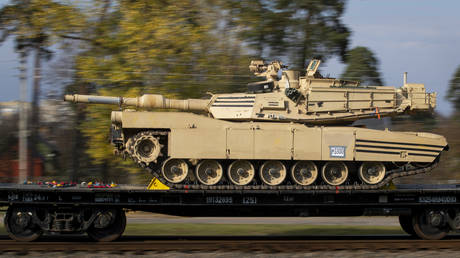 US Representative Michael McCaul has argued that announcing plans to provide America’s vaunted M1 Abrams tanks to Ukraine – even if only one of the behemoths is actually shipped out – would leave Germany with no excuses to further delay sending its Leopard tanks to Kiev.

“If we announced we were going to give Abrams tanks, just one… what I hear is that Germany is waiting for us to take the lead,” McCaul said on Sunday in an ABC News interview. “Then they would put Leopard tanks in.”

The Texas Republican, who chairs the House Foreign Affairs Committee, added that such a tactic also would prompt Berlin to give its permission for other European countries that use the Leopard to give some of their tanks to Ukraine.

McCaul has been among the most hawkish Republicans in the House, vowing to continue providing weaponry for Ukraine to fight Russian forces, regardless of growing public opposition to the aid. He claimed that Kiev must be provided tanks and longer-range artillery urgently, to help repel an alleged imminent offensive by the Russians.

Asked by ABC anchor Martha Raddatz whether just one Abrams tank would be sufficient to trigger Germany to provide more advanced weaponry to Ukraine, McCaul hinted that Washington could trick its ally.

Even saying we’re gonna put Abrams tanks in, I think, would be enough for Germany to unleash [its Leopard tanks]

McCaul also said Kiev needs longer-range artillery to strike targets in Crimea, dismissing the risks of enabling attacks on the peninsula, which Moscow considers to be sovereign Russian territory. Asked how Russian President Vladimir Putin might react, McCaul pointed to how Washington apparently got away with past escalations in aid, such as giving Ukraine HIMARS rocket launchers. 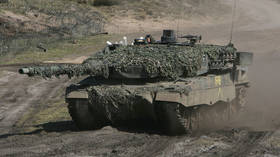 Senator Chris Coons, a Delaware Democrat, also called for sending battle tanks to Ukraine. “If it requires our sending some Abrams tanks in order to unlock getting the Leopard tanks from Germany, from Poland, from other allies, I would support that,” he told Raddatz.

Media reports suggested that Berlin was unwilling to send its tanks unless the US made a similar commitment. Washington has so far refused to provide its Abrams tanks, arguing that they are very complex to operate and require extensive training.

Key NATO nations failed to reach an agreement about sending the German-made battle tanks to Ukraine during a Friday meeting of Western military donors at the US Ramstein air base. However, on Sunday, Germany’s foreign minister Annalena Baerbock hinted that Berlin “would not stand in the way” if Poland decides to sends its own Leopards to Ukraine. (RT)

Gusman: Attack on Azerbaijani embassy in Iran can neither be explained nor justified